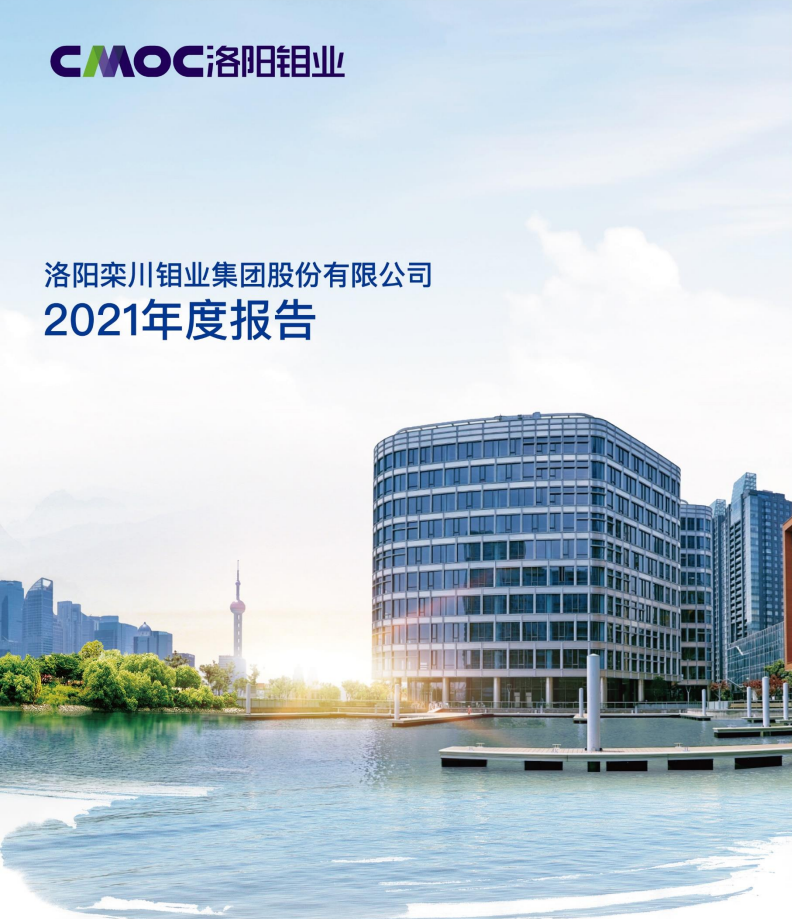 In 2021, despite the continued spread of the pandemic, CMOC managed to maintain stable operations across all core business units and achieved significant growth in operating results by building a comprehensive pandemic prevention and control framework and material supplying system based on our global logistics network and strong digital and intelligent production capabilities. We achieved a total revenue of RMB173.86 billion and net profit attributable to the parent company of RMB 5.11 billion, both of which were the best in our history. We also achieved record production volumes for several products, with TFM copper production reaching a four-year high, cobalt production a three-year high, and a record phosphate fertilizer production in Brazil since start of the plant. IXM also achieved best-ever physical sales volume and earnings. More importantly, we laid a solid foundation for the future as we completed the organizational and corporate culture upgrade, implemented the “5233” management concept, and the expedited roll-out of a global digitalized IT platform.

CMOC is committed to the vision of growing into a respected, modern, and world-class resources company, for which a “three-step” development path has been formulated. The first step is to “lay a foundation of low cost and high efficiency”. The second step is to “ramp up with multiplying production capacity”. The third step is to achieve “stellar growth” towards a world-class company. Today, the Company is at the crunch time to transition from Step 1 to Step 2. As 2022 is featured a year of construction, CMOC will stick to its “two-wheel drive” strategy: based on the existing high-quality resources, while we accelerate the construction of two world-class mines in the DRC the same time as we meet all production targets, we will also seek global M&A opportunities in new energy resources to build a promising pipeline for stronger growth going forward.