Focused on non-ferrous metal mining, CMOC specializes in mining and trading of base and rare metals in the world. With its main business presence on five continents: Asia, Africa, South America, Oceania and Europe, the company is the largest tungsten producer, the second largest cobalt and niobium producer, one of the top seven molybdenum producers and a leading copper producer in the world. It is also the second largest producer of phosphatic fertilizers in Brazil. In terms of trading business, the company is among the top three base metal merchants in the world.

The company's vision is to become the most respected world-class resources company. It focuses on building a management concept that features meritocracy, cost control, continuous improvement, and achievement sharing. The corporate strategies include: maintaining and strengthening competitive cost advantages of existing business; continuously managing and optimizing the balance sheet; creating synergy while ensuring stable domestic and overseas operations; focusing on value creation and structural and growth pattern transformation, continuing to acquire, develop and invest in resources projects. 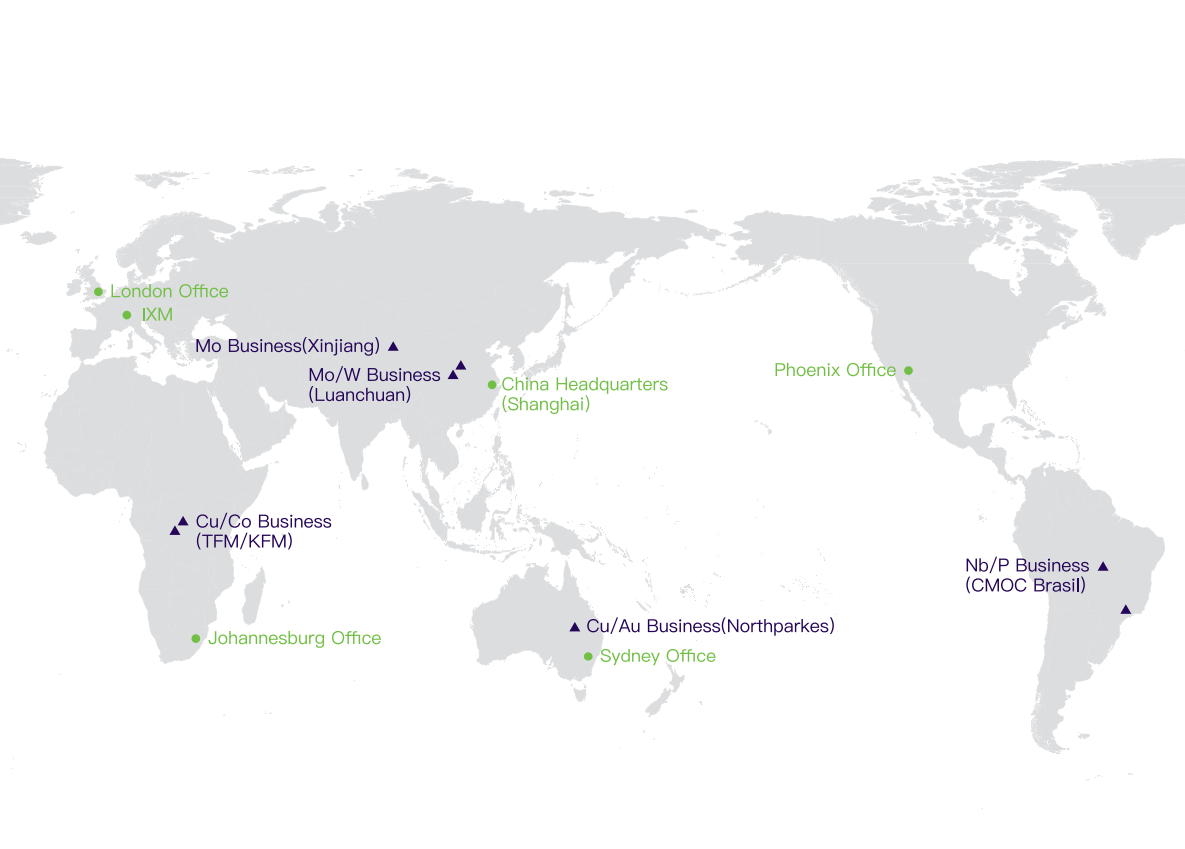