Hong Kong & Shanghai, Sunday, 12 July 2020: China Molybdenum Co. Ltd. (“CMOC”, HKSE H Shares Ticker: 3993 SSE A Shares Ticker: 603993) is pleased to announce that it will receive a US$550 million upfront cash payment (the “Advance Amount”) through a streaming agreement with Triple Flag Mining Finance Bermuda Ltd., a wholly-owned subsidiary of Triple Flag Precious Metals Corp. (collectively, “Triple Flag”).  In return, CMOC has committed to deliver an amount of gold and silver calculated by reference to a percentage of gold and silver produced from the Northparkes Mines (“Northparkes”) located in New South Wales, Australia.

· Alternative long-term funding source with competitive financing cost – the streaming agreement is a long-term financing instrument with no repayment and no minimum delivery obligations, at a cost of capital that is significantly more attractive than alternatives in global capital markets.

· Align long-term incentives with ability to benefit from a favorable commodity price outlook – CMOC maintains exposure to gold and silver prices through residual ownership in gold and silver production, with a coordinated objective to expand and extend the mine over time depending on market conditions due to a 50% step-down in the percentage of gold and silver to be delivered under the streaming agreement once certain thresholds are reached.

· Create a broader partnership with a leading stream investor – transaction establishes a long-term relationship for exploring future strategic opportunities with a globally well-regarded partner with a track record of successful investment across the global mining sector.

CMOC Executive Director and Chief Investment Officer Li Steele Chaochun commenting on the transaction said, “This transaction provides CMOC with a long-term financing at a compelling cost of capital and demonstrates significant value from the gold and silver by-product production from Northparkes, an operation that delivers outstanding safety record, consistent performance and presents outstanding resource potential. Additionally, CMOC maintains its core exposure to copper production in alignment with our future plans for the mine.  We are excited to have formed this financing partnership with a company of the quality and reputation of Triple Flag and look forward to working with them.”

Triple Flag will advance an upfront cash payment of US$550 million to CMOC on closing of the transaction, which is expected soon after the announcement date.  Closing of the Transaction is subject to the completion of certain corporate procedures.

In addition to the Advance Amount, Triple Flag will pay CMOC 10% of the spot gold and silver prices for each ounce delivered under the streaming agreement.

CMOC has committed to deliver to Triple Flag the equivalent of:

· The transaction helps diversify CMOC’s capital structure by providing a source of long-term funding at a cost of capital which is competitive to CMOC’s current funding and alternatives in international capital markets.

· The transaction crystallizes significant value for CMOC from gold and silver by-product production from Northparkes, while keeping a competitive cost profile of the operation.

· CMOC’s obligations under the stream agreement are limited to the delivery of a percentage of actual gold and silver production, without repayment of the Advance Amount under any circumstances.

· The 50% step-down reduction in the obligation for CMOC to provide gold and silver to Triple Flag (from 54% of total gold production to 27%, and from 80% of total silver production to 40%) when certain milestones are reached, as well as ongoing payments of 10% of gold and silver spot price upon delivery of each ounce, ensure that CMOC maintains exposure to spot prices over the long term and encourages growth and exploration at Northparkes.

A streaming transaction is an agreement where a financing party (Triple Flag) agrees to purchase an amount of mineral products calculated by reference to a percentage of future deliveries of minerals (usually by-product of the main business) from a mining company (CMOC) in exchange for an upfront advance payment, as well as additional ongoing agreed payments (which are a portion of the market price) as the minerals are delivered. The transaction is essentially a long-term commodity purchase contract with the delivery obligations contingent on an amount by reference to future production. All parties are treating the transaction as equivalent to a long-term bullion forward sale agreement under which they share exposure to ongoing production and the ultimate size and grade of the underlying resource. Bullion delivered under the transaction is not required to be sourced from Northparkes. The mining company is able to raise long-term funding at an attractive cost of capital while not being required to take the liability of making fixed or minimum deliveries or payments.  As per the streaming agreement between CMOC and Triple Flag, CMOC will receive US$550 million as upfront payment and agrees to deliver the equivalent of 54% of total gold produced at Northparkes until the cumulative delivery of 630,000 ounces, and 27% thereafter, and 80% of total silver produced, until the cumulative delivery of 9,000,000 ounces, and 40% thereafter.  CMOC will receive a cash payment of 10% of gold and silver spot price for each ounce delivered.

Triple Flag will be deploying AUD$50,000 per year in the community surrounding Northparkes via scholarships and other community initiatives similar to its track record in South Africa and will work with CMOC to ensure the funds are used most effectively.  CMOC and Northparkes management team will oversee the deployment of these funds with input from Triple Flag.

“Northparkes will be a new cornerstone asset, with robust cash flows over a very long mine life in a top-tier mining jurisdiction. This is a globally recognized mine with an excellent track record of safety, operations, reserve-replacement and community involvement further bolstering and diversifying our portfolio,” commented Shaun Usmar, Founder and CEO of Triple Flag. “Mining at Northparkes commenced in 1993 with a Reserve of 68Mt; 25 years later the mine has created significant value for its owners and their local stakeholders, and stands with a Reserve of 133Mt, a Resource of 484Mt and a long future ahead of it. Triple Flag is extremely pleased to be part of that future and will be joining Northparkes in their community investment program by committing AUD$50,000 annually that will go towards scholarships and community initiatives. We are extremely pleased to be embarking upon a long-term partnership with CMOC, who have had an impressive track record of rapid growth through world-class international M&A mining deals, offering the potential for further strategic financing opportunities together in the future.”

CMOC is an international mineral resources company engaged in exploration, mining, processing, refining, marketing and trading of mineral products. With its main business presence in Asia, Africa, South America, Oceania and Europe, CMOC is a leading producer of tungsten, molybdenum, cobalt and niobium as well as an important copper producer in the world. CMOC is also the second largest producer of phosphate fertilizers in Brazil. CMOC’s wholly-owned subsidiary IXM is the third largest base metals merchandizer in the world. CMOC is dual-listed on the Hong Kong Exchanges (HK03993) and Shanghai Stock Exchange (SH603993).

Triple Flag is a precious metals streaming and royalty company offering bespoke financing solutions to the metals and mining industry. Its mission is to be a sought-after, long-term funding partner to mining companies throughout the commodity cycle while generating attractive returns for its investors. Since its inception in 2016, Triple Flag has rapidly developed a diversified portfolio of streams and royalties providing exposure primarily to gold and silver in the Americas and Australia. With the addition of Northparkes, Triple Flag now has 40 assets, comprising 9 streams and 31 royalties. These investments are tied to mining assets at various stages of the mine life cycle, including 10 producing mines, 2 mines that are ramping up, 3 mines that have had operations temporarily suspended amidst the COVID-19 pandemic, and 25 development and exploration-stage projects. 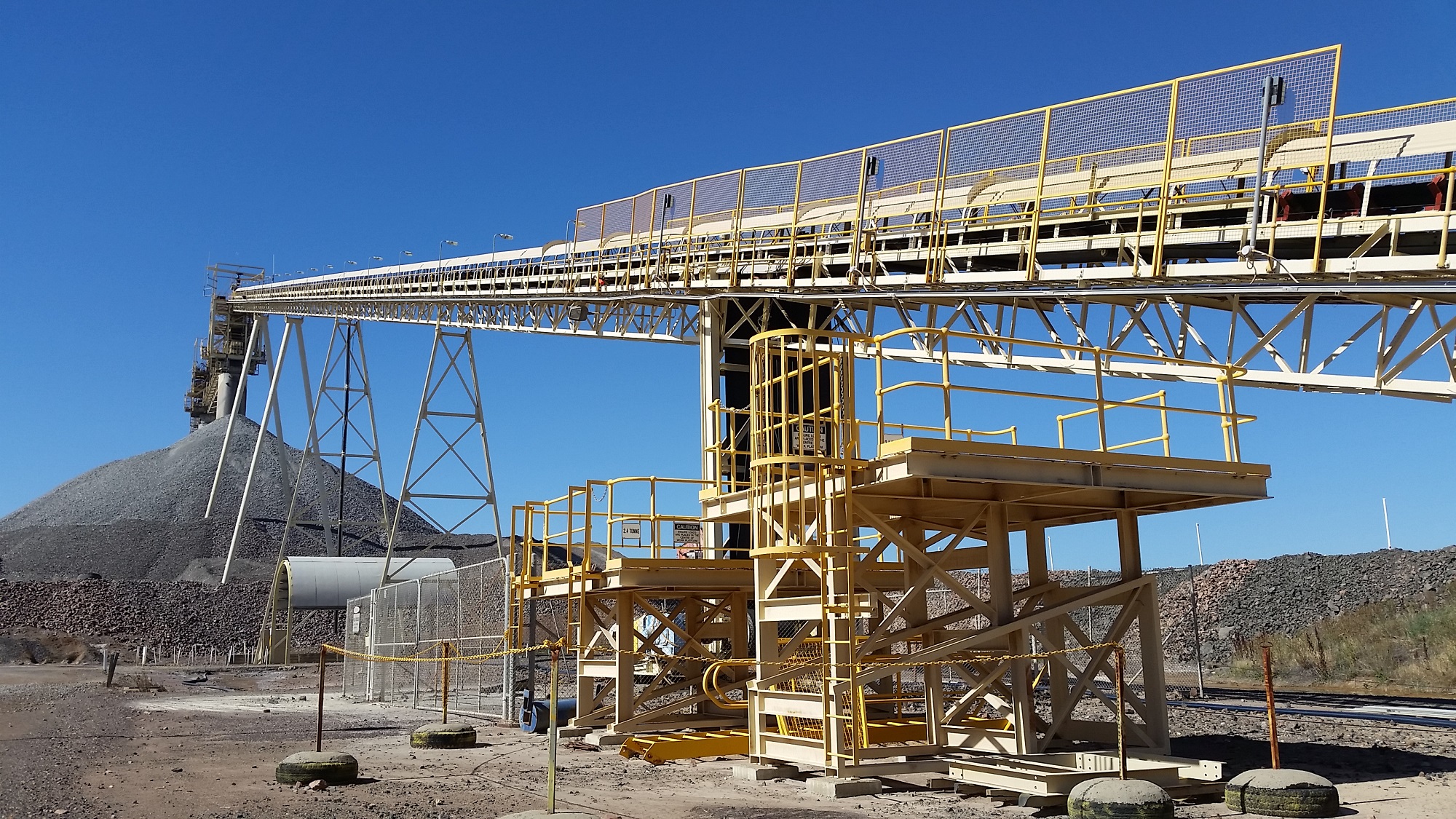